Home
Save money with solar energy

The destiny of the Inflation Reduction Act (IRA) has been unclear for 18 months. It was not until in August 2022 that the Senate finally passed the bill and Joe Biden signed it into law. While the original ambitions of Democrats were bigger, the Climate bill still became the largest investment in the fight against global warming in U.S. history.

The bill covers the technologies that are to decarbonize all sectors of the American economy. It also prompts citizens to get energy-efficient upgrades through renewal of several tax credit programs, one of which is the ITC or Investment Tax Credit for solar panels.

Let’s just quickly recap what a tax credit is. When you spend money on something that is eligible for tax credit, you get to deduct a part of its cost from the taxes owed this year. For example, if you bought something worth $1500, and there is a 10% tax credit, you can write $150 off your yearly taxes.

The most important solar incentive — Federal Solar Tax Credit — was introduced in 2006 at 30%. Since then it expired and was revived several times. It was just about to die out: the credit dropped from 30% to 26% in 2022 and would go down to 22% the following year. In 2024 the incentive would end for residential systems and further decrease to 10% for commercial installations.
The Climate bill brought Solar Tax Credit back to 30% and it now applies to all systems installed in 2022 and beyond. There is no cap for the maximum amount of incentive. The tax credit will remain 30% through 2032. In 2033 it will drop to 26% and decrease to 22% in 2034 before ending.

The revival of Solar Tax Credit in 2022 keeps solar cheap and affordable for Americans. It also prevents the possibility of too many people purchasing solar panels all at the same time in 2023 to make use of the expiring incentive. The industry might have not been able to endure this and that could have led to panels shortage and increased costs. 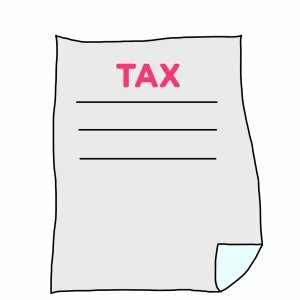 Incentives for ACs, heaters and electric cars are back, but not easy to get

The Climate bill expands and prolongs already existing initiatives for energy-efficient upgrades. The list of them includes:

The bill offers incentives for electric vehicles as well. You can get a $7,500 tax credit for a new EV and a $4,000 credit off a used one. However, it’s not all so simple. You can only qualify for the program if you make less than $150,000 a year or less than $300,000 for couples. Moreover, eligible sedans must cost less than $55,000, SUVs and trucks are capped at $80,000. The vehicle must be assembled in NA, and at least a part of the battery and the minerals for it must come from U.S. or U.S. free-trade partners. As a result, Americans will hardly be able to use this incentive right now, because U.S. car manufacturers so far struggle to meet these requirements.

Climate bill aims to bring emissions down to 2005 levels

The attention to incentive programs for households is only reasonable — U.S. homes represent a fifth of both national energy use and carbon dioxide emissions. However, the IRA went much further.

The Climate bill fosters the development of nuclear power and carbon capture projects. More than $20 billion were sent to support farmers and climate-smart agriculture practices. For the first time the US government tries to control emissions of methane, the second most problematic climate pollutant which is emitted during oil and gas production. Now the companies that emit methane above a certain threshold get a fee that will increase over time.

In the end, the US government is going to spend almost $370 billion on energy programs and tax incentives. The budget will be formed from the 15% tax imposed on corporations with $1 billion annual profit or more. The Climate bill should reduce greenhouse gas emissions by 40% and bring the U.S. back to the level of carbon emissions that predates 2005.

If you wish to study the act yourself, you can skim through the full 730-page document or read a 4-page summary.
Illustrations – Natalya Absalyamova

How to claim the Solar Tax Credit in 2022